I'm was so sad to see the familiar black bottoms on my perfect green tomatoes...it's bottom end rot. I did not have too much of a problem last year in the containers but I was able to check on them everyday so the watering was more consistent. It could also be calcium deficiency, but I think it is more likely a watering problem. It is HOT here and I wasn't able to water the community plot for about 2 days. I'm going to make it a point to check the moisture level of the soil everyday. I will also think about getting calcium chloride from the garden store. Hopefully, it will not continue to be too big of a problem. I removed the tomatoes with the damage - it was sad, but there is not point in wasting the plant's energy on the damaged tomatoes. So sad!

Posted by Charmcitybalconygarden at 7:59 PM 6 comments:

The container plants that I had my boyfriend baby sitting for me survived the move back to charm city balcony garden. I had baby tomatoes that are very leggy since it was growing in a shady balcony for the past 2 weeks. I am a little concerned that it might burn on my balcony that gets full direct sun all day. So far I transplanted one cherokee purple seedling to its final container...I'll see how it goes. The ichiban eggplant, bush early girl and jalapeno peppers are doing really great. I'm trying to figure out what to do with the jalapenos before I harvest any. I will definitely pickle some, and I also want to try making some jalapeno jelly or something spicy-sweet. This was very exciting week for me in terms of harvest...I got my first tomatoes!! So exciting! The flavor was not so great, but I know that the it will improve with time...and they look perfect!
The summer squash is also doing good as well - so far no sign of squash borer invasion. I love these squash, they are so tender and sweet. I prefer to eat them raw so I have been throwing them in salads. I let the ichiban eggplants grow too large - the skin was a little tough but it was still very good. Both the ichiban in the community garden and in the container is doing well.
The kale is still going strong - I'm actually having a hard time keeping up with the harvest, my freezer is going to be full of greens (not complaining). I plan to make some kale chips with these. 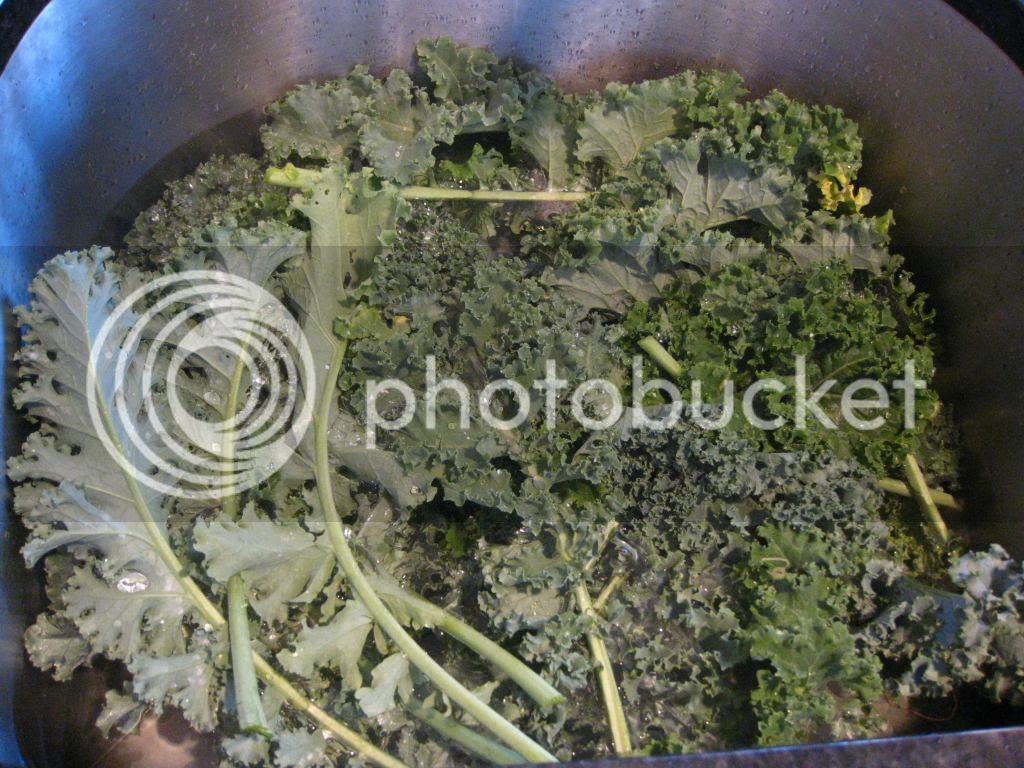 I linking to Daphne's harvest Monday. I'm very grateful she is providing a place where we can share our harvest with other gardeners!
Posted by Charmcitybalconygarden at 9:38 PM 4 comments:

The past few weeks I was home, in Japan. I have not been home for 2 years and this was the first time to be in Japan as a gardener. in the past, I did not notice how pervasive vegetable gardening is in Japan. It was really great to see that so many people growing vegetables in containers. I also saw a very cool TV program that goes through step by step instructions on how to grow different kinds of vegetables in containers. The gardening expert was very enthusiastic about growing food in containers, claiming that anything can be grown in containers as long as you are creative. Sweet! It has motivated me to try growing different kinds of vegetables in pots.
I also found a lot of community and commercial farms. Interestingly, I did not find any raised garden beds - all were conventional row gardens.

Posted by Charmcitybalconygarden at 8:33 PM No comments:

I've been gone for 2 weeks, visiting my family - a trip that was long overdue. I have lots to write about the trip, but for now I want to show what I harvested from the community garden today. There is so much more to be harvested, but I didn't have enough time so I have a small-ish harvest for now. The other community gardeners made sure my plot was well watered, and the plants exploded while I was gone. The plot looks like an absolute jungle. I still haven't been able to look closely at how each plant is doing, but all in all it looks like a lot is growing.
The ichiban eggplant is doing really well, I got one huge eggplant and 2 little ones. Maybe I will make some curry and freeze it down. 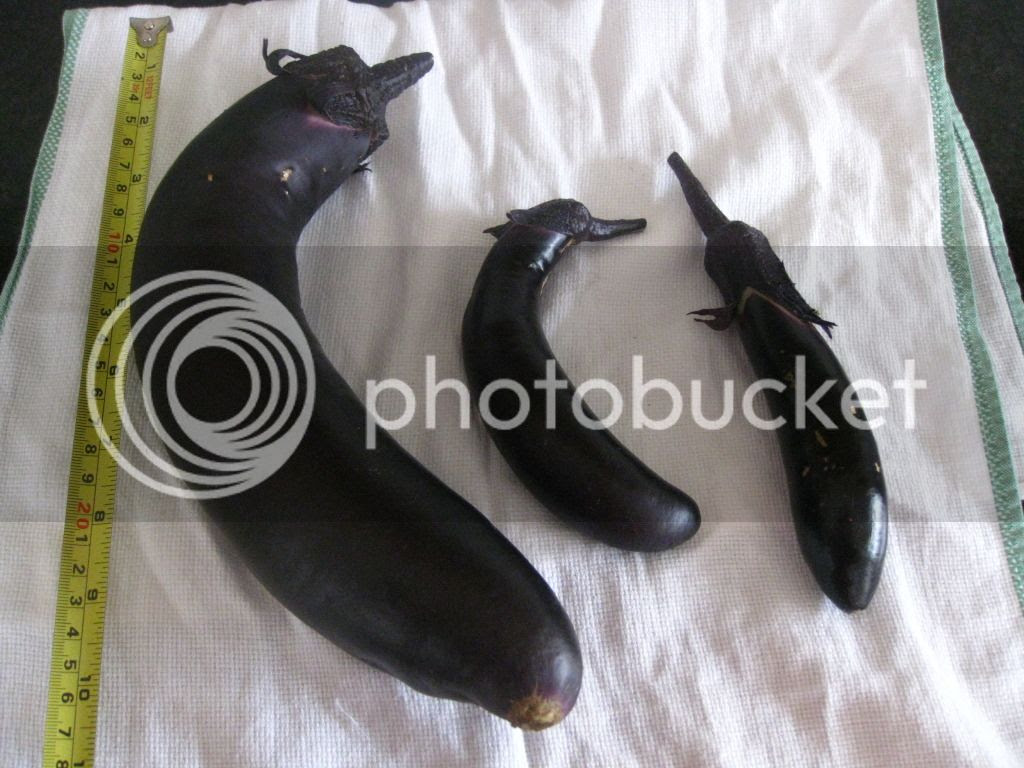 The collard green was completely growing out of control, so I couldn't tell if the classic eggplant recovered from the flea damage or not. I'll have to go back out there tomorrow to check it out. I may update this post with whatever I harvest tomorrow.

I'm joining Daphne for harvest Monday. Please go check out what others are growing in their garden!

Update: I pulled out several collard and swiss chard from the community garden. The bed was getting too crowded! 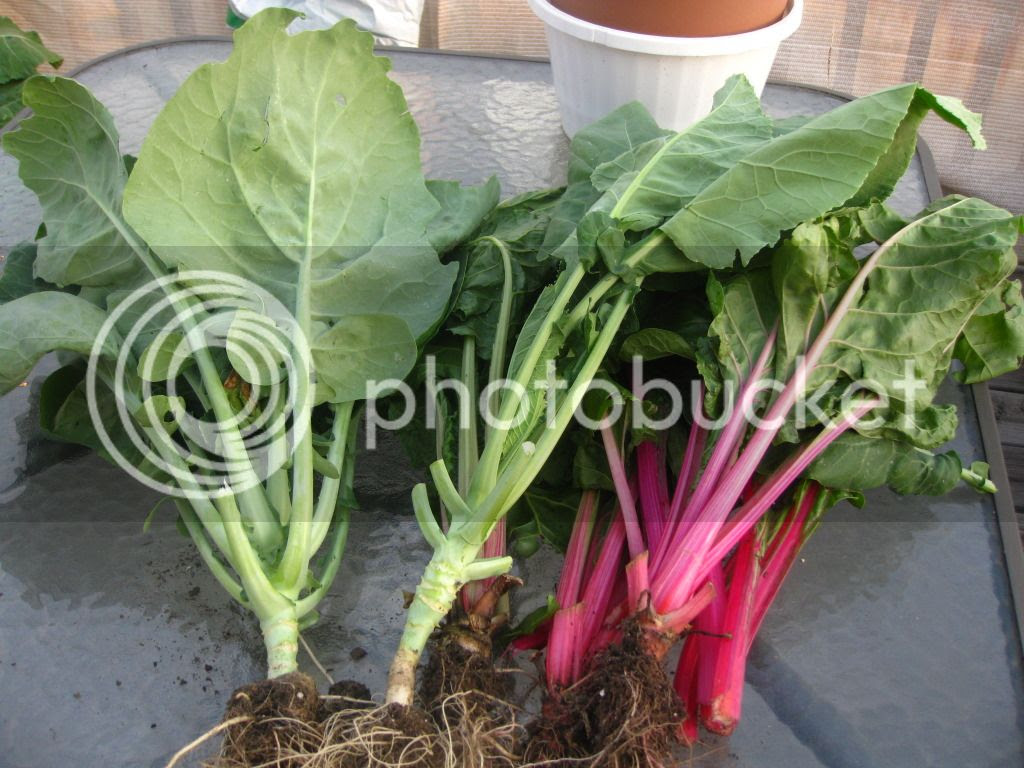 Posted by Charmcitybalconygarden at 6:51 PM 2 comments:

If there is one thing a city dweller with limited space should grow, it would be herbs.  Having fresh herbs just adds great flavor to any dish and it makes simple dishes feel fancy.  Basil may be my favorite herb to have since I use it the most. Plus little baby basil is really cute.
This year, I used seeds sent by Carol (thank you) and started cilantro and I LOVE it. I'm not sure why I never paid too much attention to this herb. Maybe because when I buy it at the store, you have to get a bunch and I can never use it up. It always ends up rotting in my fridge and I hate picking out the good parts from the slimy bits. Having it grow fresh in the garden lets me pick just the right amount when I need it. Fantastic!
I also have an abundance of rosemary. My oldest rosemary plant is looking so good right now with yellow leaves. Just overall it looks sad. I have to say I usually don't tend to the rosemary because I feel like it is pretty tolerant to disease. The yellowing leaves could mean that I am not giving it enough water or it needs some nutrients. It is probably a combination of both since I truly neglect this poor plant. I added a couple of scoops of compost to the base of the plant and watered it. Let's see if this will give it some color.

Posted by Charmcitybalconygarden at 3:34 PM 12 comments:

It's been a little over a week since treating the eggplants with coffee to combat the flea beetle. There was never too many flea beetles (or I didn't spot them) but the damage to the leaves was pretty extensive. The coffee treatment seems to have gotten rid of beetles, after a couple of days of treatment I was only able to spot one beetle on the classic eggplant.  A couple of days after that, I found no beetle but the plants (classic and black beauty) was covered with ants.
The first thing I did was sprayed the plant with water which washed away the ants. I noticed that there were little holes on the stem where it looked like the ants were digging. After doing a little searching, it appears that ants are secondary problem to flea beetles. If the beetles do enough damage to the plants, the ants come to feast on the dead tissue. To me, it looked like the ants were digging further, but perhaps the flea beetle dug the holes and the ants came after. I decided to just keep an eye on it. The black beauty plant, which was the bigger of the two, seemed to have recovered despite the damage.
I don't think the classic eggplant will make it. The flea beetle and/or ants pretty much ate through the stem and the new growth looked like it was struggling. I decided to try cutting off the damage to see if it will promote more growth. I am not optimistic.
The ichiban eggplant is doing great. I even see little baby eggplants forming already.
The container ichiban is also doing really well, with lots of flowers and a baby eggplant forming quite nicely. It'll be interesting to compare the growth of this variety in ground versus container.
In the future, I think I will wait until the starter plants are big enough before transplanting to the garden. Also, I read that flea beetles are a problem mostly in April and May so I could also hold off transplanting into the garden until June.  I do think the coffee treatment worked, but it's difficult to say definitively because I didn't have a control group and it's possible that the decline in flea beetle just coincided with the end of their life cycle. I chose to be positive and believe that the coffee treatment worked!
Posted by Charmcitybalconygarden at 8:12 PM 12 comments:

I went on vacation to Williamsburg last week. In the colonial downtown area, they had a demonstration vegetable garden. It was lush with all kinds of vegetables and very great looking tomato cages and trellises. They had kids sowing vegetables seeds using tools that they would have used back then. It was really cute.  This is a great town to visit for families with young children. They'd have a blast! Here are pictures of the impressive vegetables they had growing in the garden.

Posted by Charmcitybalconygarden at 12:49 PM 5 comments: